The gender pay gap can be a contentious topic of conversation — often because the information can be difficult to understand. This one-pager provides an easy and concise snapshot of some of the most salient points of AAUW’s report The Simple Truth about the Gender Pay Gap. Find easily digestible answers to several of the most important questions about the gender pay gap, such as what the pay gap is, how race affects the gender pay gap, what the pay gap’s causes are, what we can do, and why we should take action to close it. Download this one-pager to distribute at events, share with interested parties, easily reference important statistics and information about the gender pay gap, and get others interested in learning more about The Simple Truth about the Gender Pay Gap. 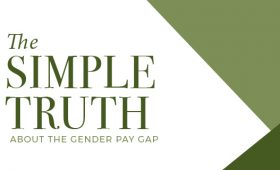 Right now about 44 million borrowers in the United States hold about $1.3 trillion in outstanding student loans. The scale of outstanding student loans and an increasing share of borrow­ers who fail to repay have made many Americans aware that student debt is a challenge for society and for individual borrowers. Yet despite the fact that women represented 56 percent of those enrolled in American colleges and universities in fall 2016, many people do not think of student debt as a women’s issue. This report reveals that women also take on larger student loans than do men. And because of the gender pay gap, they have less disposable income with which to repay their loans after graduation, requiring more time to pay back their student debt than do men. As a result, women hold nearly two-thirds of the outstanding student debt in the United States — more than $800 billion. 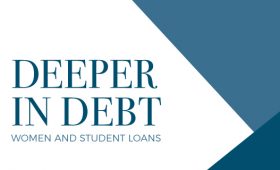